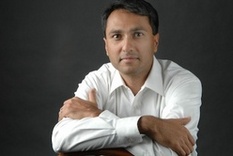 and Siraj Wahhaj, who was named a possible co-conspirator in the 1993 World Trade Center bombing.

On Wednesday evening, GBTV unveiled a powerful documentary, “Rumors of War III,” exposing how radical Islamists, including the Muslim Brotherhood, are infiltrating American government at its highest levels. …

Deputy Chief of Staff to Secretary of State Hillary Clinton Huma Abedin: In an interview with FrontPageMag, anti-Islamist author Walid Shoebat explained that Huma’s mother, Saleha Abedin, is involved with the Muslim Brotherhood and that Huma’s brother, Hassan, sits in on the board of the Oxford Centre For Islamic Studies (OCIS) where he is a fellow and partners with other board members including “Al-Qaeda associate Omar Naseef and the notorious Muslim Brotherhood leader Sheikh Youssef Qaradawi; both have been listed as OCIS Trustees.”