WASHINGTON — Western intelligence sources said Iran’s Islamic Revolutionary Guard Corps has facilitated assistance and coordination between Hamas and Hezbullah. The sources said the two Iranian proxies have begun working together on operations outside the Middle East in an effort to bolster Teheran’s policies.

"This is a strategic watershed for Hamas, which until at least two years ago refused to become directly involved in foreign operations," an intelligence source said. 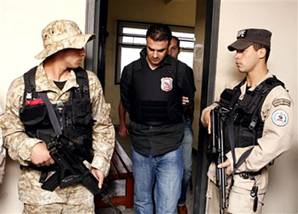